The MG Air EV has four seats, two doors, and a boxy appearance.

Design and features of the MG Air EV

The Air EV is probably going to be tailored for the road and weather conditions in India while keeping the boxy form and adding some futuristic touches. The Wuling Air EV, which was just released in Indonesia, is the inspiration for the upcoming  Air EV.

Given the continuous EV fire occurrences in India, significant improvements will be made to the tailored air con and thermal management of battery systems for the Indian market. The two-door electric vehicle will be less than three meters in overall length and have a 2010mm alloy wheelbase, making it smaller than the Maruti Suzuki Alto.

Contrary to its diminutive size, the inside of the  Air EV will boast a powerful feature set. The dual 10.25-inch smart play infotainment system, instrument panel cluster, phone charging port, steering-mounted controls, and soft-touch materials may be included in the higher variants of the  Air EV.

When would MG Air EV be released?

By January 2023, at the Noida Auto Expo trade event, the MG Air EV is likely to be introduced in India.

Battery and range of the MG Air EV 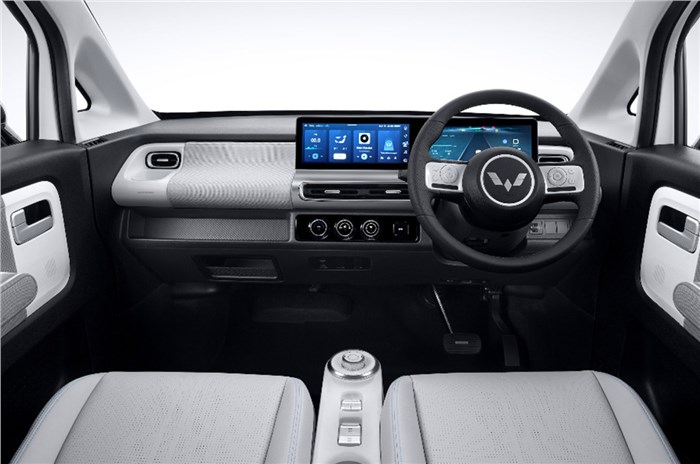 The 25kW battery pack for the upcoming MG Air EV is anticipated to have a projected range of 150 kilometers on a single charge.

The Air EV is equipped with one electric motor that produces 30–40 horsepower to drive the front wheels and is intended for city commuting.

The 25kW battery of the Air EV may be fully charged in 5 hours using a 6.6 kW AC charger. In cities, a single hour of charging will provide a range of 30 kilometers, which is rather remarkable. Fast charging, which would require significantly less charging time and be convenient for city commutes, will allegedly be available in the updated models in the future, according to the business.

Price of the MG Air EV

The new  Air EV’s price is anticipated to be in the range of Rs. 10 lakhs and Rs. 15 lakhs because it is a mass-market product. Instead of marketing the MG Air EV as a full-fledged family vehicle, MG Motors India hopes to pitch it as a quick urban commuter.